Sunday, November 13th at 10pm ET on MSNBC, and streaming on Peacock. 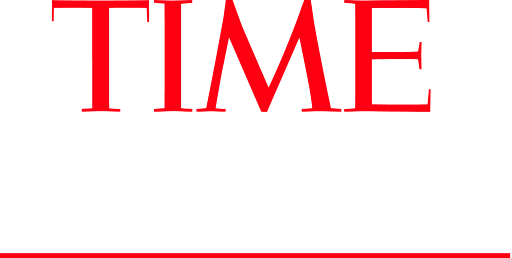 In June 2017 Portugal was baking in a prolonged summer heatwave, the latest in a pattern of record temperatures and drought. The daily heat index was surpassing 40°C (104°F) and dry thunderstorms sparked more than 150 fires across the parched landscape.

On the 17th of June, four separate fires broke out in the Pedrógão Grande municipality. In less than an hour, 20 square kilometers were on fire. Gale force winds grew into a roaring cyclone of flames and lightning, blocking out the sun. Within the hour it became difficult to navigate the smoke-choked roads. Car tires began to burst on the sweltering highway, causing pile-ups as people tried to flee. They were forced to make the impossible decision to wait for rescue or try to escape on foot through the flames. Many were found in their vehicles, wrapped in the final embrace of their loved ones.

“We started to panic. There was so much smoke that we couldn’t see more than 10, 15 meters in front of us. The temperatures were so high one of the truck’s tires burst. We crashed into a barrier and tried to escape. We fled from the truck but it wasn’t the flames that burned us, it was the temperature of the air.”

In all, 66 people were killed. 253 were injured - many with life altering injuries. More than 130,000 acres burned in four days before an international effort to contain the fire was finally successful. That was just a fraction of the 1.4 million acres of Portugal that went up in flames that year.

The conditions that led to the Pedrógão Grande tragedy are increasingly common. Prolonged droughts and record-breaking heat waves combine with less obvious culprits like agricultural monocultures - the planting of a single crop over large areas of land. In central Portugal, “forested” areas can be 90% eucalyptus - a fast growing but highly flammable cash crop for the paper industry that is not native to the region.

Portugal is just one case in a trend of extreme global fires that have recently ravaged Australia, the United States, France, Greece, Brazil, and even regions of the Arctic. The 2022 UN Report on global wildfires predicts that extreme fires will increase 50% by the end of the century. Such a steep escalation of natural disasters also has dire economic and ecological impacts. The 2020 mega-fires in Australia, for example, are estimated to have wiped out billions of domesticated and wild animals and to have cost upwards of $5 billion. The United Nations points to land-use, along with climate change, as a critical driver of these extreme fires.

Professor Tom Crowther, Chair of the UN’s Decade on Ecosystem Restoration and the Crowther Lab​ at ETH Zurich, is one of the scientists studying the link between land-use and climate change. He cautions believing that any single climate mitigation strategy is a silver bullet. “It requires a constellation of simultaneous strategies,” he says, from drastically reducing reliance on fossil fuels to building more circular economies. But one often overlooked climate intervention holds enormous potential as a piece of the puzzle - the power of nature itself.

Tom shares a NASA simulation of the carbon cycle. “This shows high concentrations of carbon dioxide at the beginning of the year - indicated by red. But as we tick on into spring you’ll see these concentrations fade. And that’s caused by one thing - the emergence of leaves on trees.” In fact, his research indicates that the restoration of degraded or deforested nature could reduce the amount of carbon in the atmosphere by as much as 30%.

However, the answer is not as simple as planting trees. Nature is more complicated than that. Portugal still bears the scars of land management gone very wrong. Crowther visits a commercial eucalyptus “forest” in Pedrógão Grande with Sofia Carmo, a survivor of the 2017 fires who now works with farmers and land managers to build up Portugal’s natural resilience to fires. To the untrained eye it looks healthy - vast swaths of green sway in the warm breeze. But Tom and Sofia look unsettled. The forest is conspicuously absent of birdsong, with only the sound of dry leaves crunching beneath their boots.

He collects a soil sample to take back to his lab for closer inspection, but you don’t need to be a scientist to see that it is dust in his fingers.

Tom Crowther and Sofia Carmo look out over the Portuguese landscape where as much as 90% of the trees are highly flammable eucalyptus.

The lack of life in the soil of the eucalyptus plantations is even more stark in comparison to that from a nearby native forest.

People like Sofia have their work cut out for them trying to convince farmers to diversify the landscape. Many farmers would like to invest in native agricultural crops like cork trees or strawberry bush, but they’re afraid of the financial implications of moving away from an established and fast growing crop like eucalyptus.

Sofia worries that the cost of not transitioning to native species may be even greater in the long run as the fire season comes earlier and stays longer year after year. But Tom Crowther’s lab offers a glimpse of a solution that could make both Sofia and Portugal’s farmers happy. And it comes from those handfuls of soil he’s been collecting.

When we think of the world’s biodiversity, most people imagine a menagerie of animal life. But very few of us are likely to think of the many microbial species that live in our soil - collectively called the soil microbiome. And yet they represent the most diverse community of life on our planet.

Scientists have long realised that diversity above ground is an indicator of climate resilience. More diversity, equals better resilience to extreme climate events like floods, droughts and forest fires. And this abundance is reflected in the life below ground. Native habitats have rich, biodiverse soil teeming with microbial life that improves the land’s ability to nourish both plants and animals. But as more and more land is converted from its natural, diverse state by humans, soil microbes are in sharp decline. The simplification of the landscape above ground - from manicured golf courses to hundreds of acres of a single crop - are reflected in a simplification below ground as well. And this could spell disaster for earth’s most foundational life support system - soil. 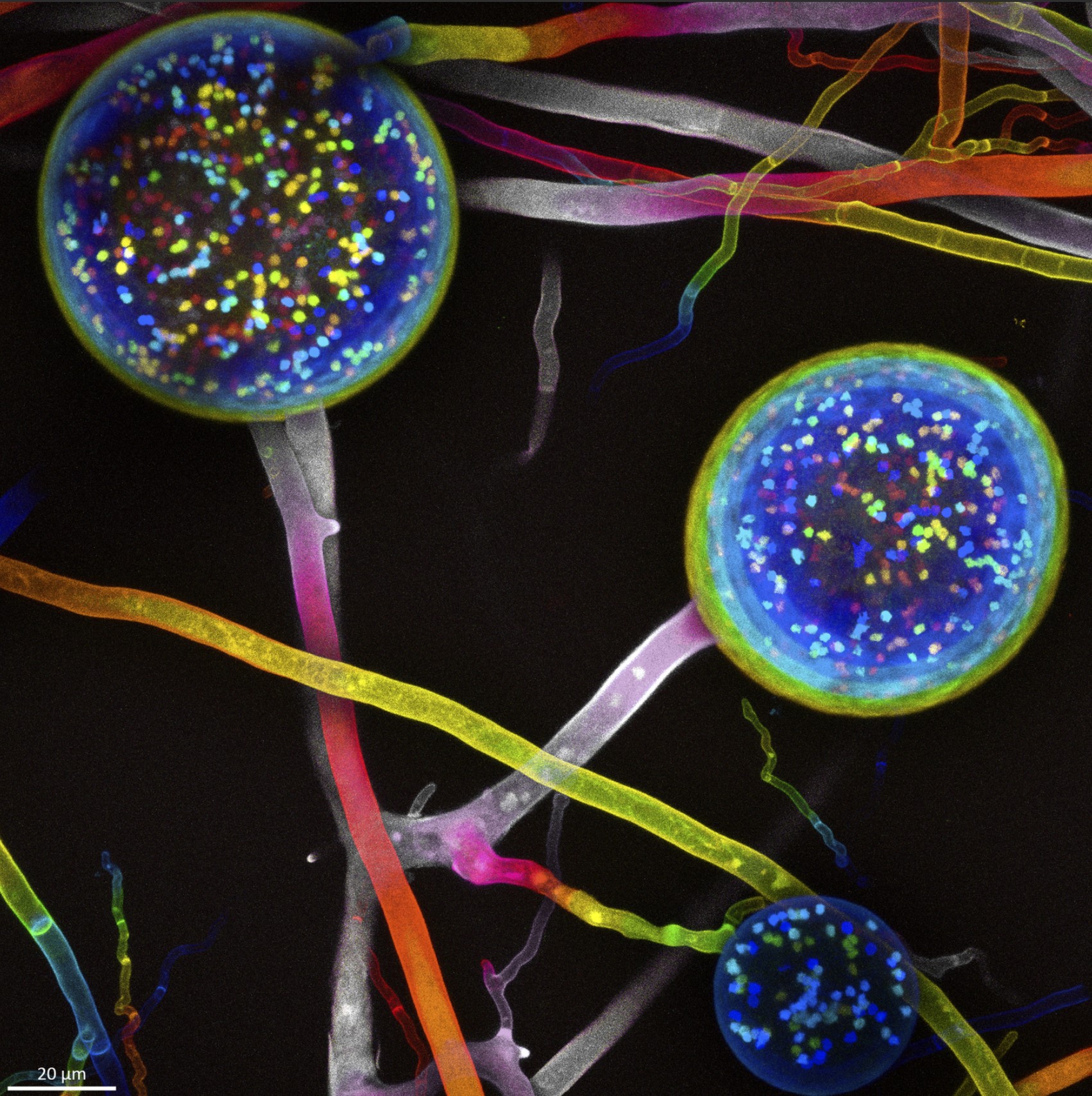 What is the soil microbiome? It is the community of microorganisms - bacteria, fungi, and more - in the soil that are essential components of the broader ecosystem. They include Mycorrhizal fungal species (fungi that are associated with the roots of plants) like this Rhizophagus irregularis. These tiny organisms form the foundation of all other terrestrial life on earth.

“Soil is the essence of a living environment”

But there is a silver lining. New studies are revealing how soil in these degraded areas can be “inoculated” with infusions of healthy, biodiverse soil. Much like eating probiotic yogurt promises to restore your gut health, transplanting soil from a natural system can restore ecosystem health. In other words, “planting” soil may be a key step in protecting and restoring the earth’s microbiome.

A SOLUTION EVERYONE CAN DIG INTO

In Portugal, restoration professionals like Sofia have an uphill battle to convince agricultural communities that plant diversity and soil health should be top of mind. But the latest study from Tom Crowther’s lab is making her case stronger. New research published in Nature Microbiology​ reveals that “inoculated” soil infused with native microbes can accelerate the regeneration rate of ecosystems by 64%. For the people of Pedrógão Grande, that could mean a quicker return to the native forests that would protect them from future wildfire-driven catastrophes.

In an agricultural setting, that means improving biodiversity and climate resilience without limiting crop yields. In fact, the study suggests this could be a landmark discovery for improving the productivity of our food systems and ability to feed a growing population. If actively maintaining the soil microbiome in managed ecosystems like forests and crop fields becomes the norm, we stand to see huge leaps in yields. We could also see reduced costs and fewer environmental health impacts from additives like fertilizer. Sofia and the farmers of Portugal might begin to find they are increasingly aligned on the path forward.

Tom cautions that we must learn from past mistakes. “As we consider this opportunity of healthy microbiome inoculations, we must learn from the mistakes in the aboveground world, and avoid the use of [microbial monocultures].” Simply put, we can’t mass produce a single soil “silver bullet.” The best path forward is in safeguarding local diversity in our natural habitats, and putting in the effort to conserve restored habitats into the future.

Tom talking about restoration and conservation

No one is more aware that there is no silver bullet than the residents of central Portugal. As of October 2022, more than 258,000 acres across Portugal have burned. Even as science is revealing promising solutions, citizens in Portugal - like those in chronically fire-prone regions of the United States - are reliving a nightmare that seems set on repeat. There is no time to lose bringing the smartest solutions science can offer into practice. 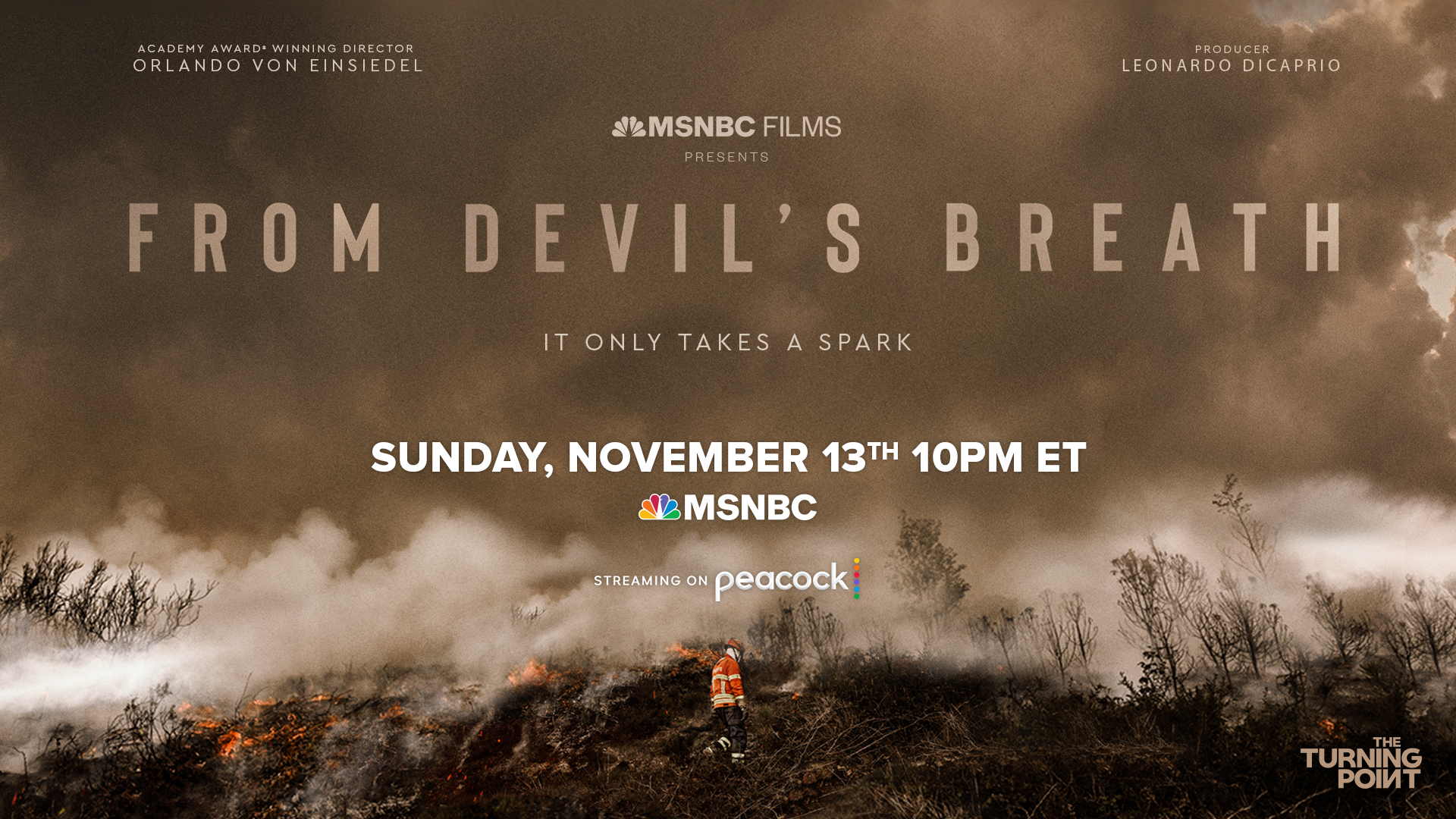 © 2022 TIME USA, LLC. All Rights Reserved. Use of this site constitutes acceptance of our Terms of Service, Privacy Policy​ (Your California Privacy Rights) and Do Not Sell My Personal Information. TIME may receive compensation for some links to products and services on this website. Offers may be subject to change without notice.